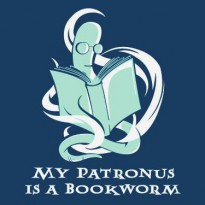 I quite liked this because it presented a difficult-to-understand subject pictorially, which makes it easier for younger readers to relate. The visuals were also well-executed (in particular, the expressions and body language). It is told from both from the adult's and (Asperger) child's points of view. 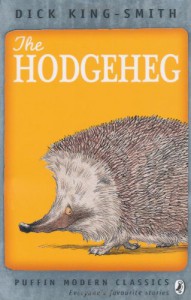 This read was brought to me by Twitter, at least, a post on Twitter which I'd seen about a commuter on the Tube, who was listening to a mother read to her young son, and who was then resigned to missing his stop so that he could find out the end of the story. This intrigued me, and I had to find out what the story... and ending was, too. 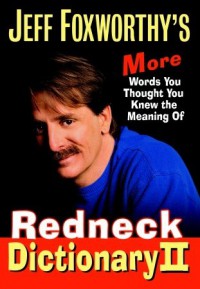 I guarantee that you will read this book and hear Jeff Foxworthy's drawl -- which makes it all the funnier, and the more groan-out-loud. A couple of examples below:

saint: to deny or argue against the state of something
"You just keep driving along, dude, but I’m tellin’ you, saint the right way!"

Weed Eater: a phrase indicating past group mastication
"Every time we were at your grannie’s, Weed Eater cookies when she wasn’t looking." 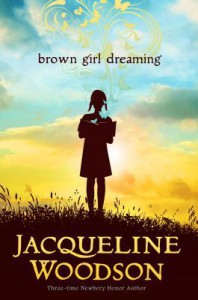 A multi-award winning memoir written entirely in free verse. Despite not being in prose, the author paints a vivid picture of growing up in the South, in a time of transition where colored people still received a different treatment, even after emancipation. 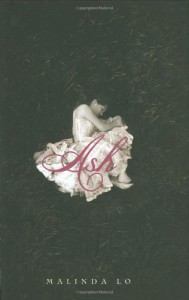 A twisted fairy tale based upon 'Cinderella'.

This is a novelization of the movie by the same title. It is a story of spiritual warfare, which in this book, is of a marital nature. It is easy reading, in the sense that it is not preachy. As a matter of fact, the lessons which the reader can take away from this read is applicable to all areas of life, which makes this story very relatable to one's own spiritual walk. 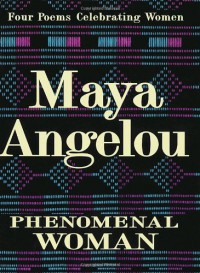 I am woman, hear me roar! 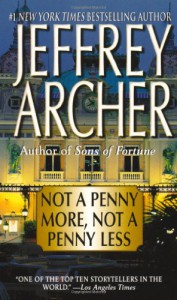 Jeffrey Archer’s inaugural work of fiction, first published in 1976, is reminiscent of the ‘Mission Impossible’ television series, where every undertaking is carried out covertly and using old-school methods, which range from detailed bait-and-switch to cavalierly winging it. This made it incredibly refreshing to read in this day and age of technology and gadgetry. It was additionally engaging because the characters were fallible, and plans were liable to go wrong. Said characters, having lost a considerable amount of money by way of what is known as the pump-and-dump scheme, got together to find a way to recoup their loses -- right down to the very penny, not one more and not one less. All the machinations contained herein are a testament to man’s ingenuity (or craftiness). 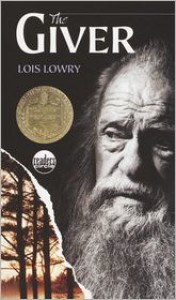 The story takes place in a 'dystopian utopia', where everything and everyone is a matter of plan and design. Everyday life exists in a formulaic vacuum of routines and rituals, and where the citizens are completely complaint. It raises the question of the seemingly non-existence of free will; no one (from the youngest to the oldest) questions the mandate. The 'brainwashing' seems total and complete, but for the carrier of memories. He/she is the only one who has access to the collective recall of humankind, and in that, lies the seed of choice, and by extension, (the option of) rebellion.

This is a story of an absolute -- an extreme, but it might make one think about what (and how much) we, society at large, accept as social norms and mores are no more than conditioning that has been handed down through the generations. While I don't fully understand the banning of this book in certain quarters, I can see how it might be disconcerting to some, who thereafter seek to limit its audience.

There are 3 other books to round out this quartet: 'Gathering Blue', 'Messenger', and 'Son'. 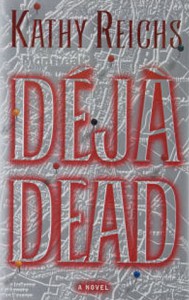 Firstly, I *LOVE* the televisions series 'Bones': the left-brain dominant Dr. Temperance Brennan, her pull-forensic-magic-out-of-thin-air team, and the formidable Agent Seeley Booth. I knew that it was inspired by Kathy Reichs' book series, and of her own experience as a forensic anthropologist, and so I had been wanting to start on this for a while now.

So! The book is nothing like the television program. To be fair, it is only the first book, but here, Dr. Brennan is divorced, has a college-going daughter, and is nothing like how she is portrayed on TV. Personally, it took a while for me to warm up to the book, because for starters, the laying out the hierarchy of the many police and investigative departments, and the introduction of the various personnel was bordering on tedium. But after that was out of the way, the story did start to pick up, and the true colors of the characters started to shine through. I will continue with the rest of the books in the series, and look forward to the character- and relationship development as I progress along.

Provenance: How a Con Man and a Forger Rewrote the History of Modern Art 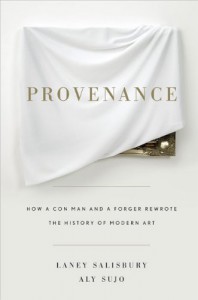 The saying "you get what you pay for" does not necessarily apply when it comes to works of art, in that, one might be paying a markedly high price for a copy of an original, and be none the wiser. I did not say 'fake' because some of these forgeries are reproduced in such exactness that they even have the experts fooled, as it was in many cases as highlighted in this book. How much more so when the history of a piece is backed up by (impressive) provenance?

How about the validity or authenticity of the provenance itself? Unless there is a distinct trail of crumbs which raises suspicion, and therefore, further investigation, most genuine-looking documents are not given more than the obligatory (or even, cursory) glance.

Several years ago, I had the pleasure of attending an art exhibition in Singapore, featuring works loaned from the Musee D'Orsay, Paris. My son, who was then in his early teens, was skeptical that the artworks were original. He was not convinced that the genuine articles would be shipped halfway around the world, set up to be viewed by the general public standing only a few feet away from something valued in the millions of dollars, and not have the heightened security which he envisioned. It did make me think though, that most people, as laypersons and a non-connoisseurs of art, we really would not be able to tell if the artwork we were admiring was real or a very good 'fake' -- which is how art fraud and art thefts get carried out. This book details the underbelly of the art world, and that truth is really sometimes stranger than fiction. 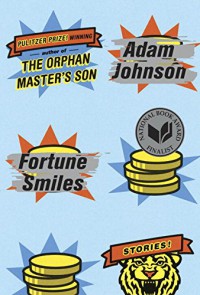 The 2015 National Book Award winner for fiction, but it just wasn't for me.

The Magic Strings of Frankie Presto: A Novel 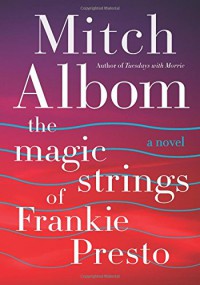 Imagine listening to a musical composition, which after the final note has been played, where every fiber of your being still thrums in resonance, you find that you remain enraptured (perhaps even holding your breath) -- your heart still held hostage by that last lingering tone, which by now is no longer humanly audible. Well, that’s what reading this book felt like to me.

However, I am getting ahead of myself. Like a symphony with several movements, the ‘melody’ of this book also has its ebb and flow, its crescendo and diminuendo, legato and staccato -- playing out the story through major and minor keys. It begins with a funeral, and is told backwards in time -- narrated by (the spirit of) Music -- composing the score of life of not just one character, but also of those whom it comes in contact with, and how each is affected and changed. As with Albom’s previous works, this one also explores and transcends the veil between the mundane and the incredible. This read gets a standing ovation from me.

The Angel of Bastogne 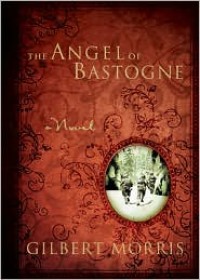 The most common impression when angels are mentioned is one of dazzling beings with radiant visages. Might we recognize one if a celestial visitor came garbed in human form, walked among men, and altered the course of earthly events? Not all supernatural events and interventions are of an earth-shattering nature, and some of these have even been disputed as to their authenticity. Such is the story of a skeptical young man about his father's angelic account in the war fields of Bastogne. The difficult life he knew after his father returned from the war further colored his cynicism. As a reporter, he seeks to uncover the true story, which unfolds in the book.

While the ensuing storyline was nothing out of the ordinary, it was touching to read of the different characters whose lives and futures had been touched and affected by one man's actions. In reading this book, I am reminded of the Scripture in which we are exhorted to be hospitable to strangers, lest we be entertaining angels unawares. It also brings to mind one of my favorite quotes: "We are each of us angels with only one wing, and we can only fly by embracing one another. (Luciano De Crescenzo) This is an apt read, especially in the season of peace on earth and goodwill to men. 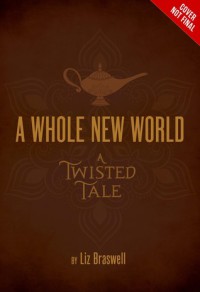 It isn't called a twisted tale for nothing, for it turns the fable on its head. No more is the romanticized version of Aladdin; in its place is a tougher, grittier, and gorier reimagined rendition. There's still magic, but of a far more sinister kind. In a way, it represents a more accurate picture of present political currents on the world stage, and the constant shift of power.

The Further Adventures of Ebenezer Scrooge 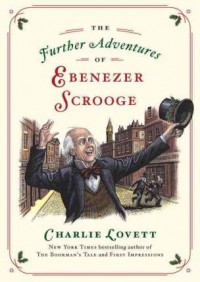 Dickens’ ‘A Christmas Carol’ is an annual read for me, and this year, I am delighted to follow it up with this book. The three Christmas spirits make an appearance again, but this time, at the behest of Scrooge. This is a quick easy read for the holiday season.